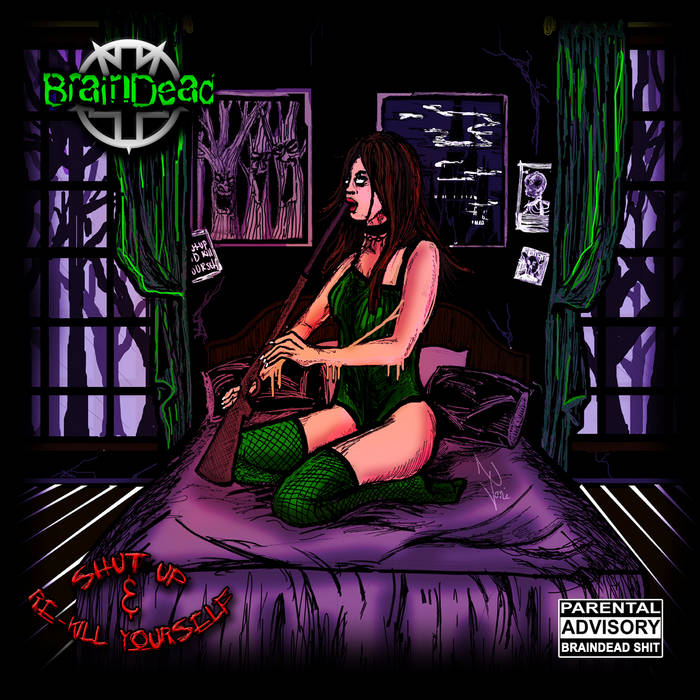 In 2007, the original Shut Up & Kill Yourself album was finished and set for release, but due to label issues back then, it never came out. It wasn't until a while later that the band decided to self release the album via digital download. The raw and do it yourself attitude was entirely captured in the original mixes being that the band was broke and had to figure out how to record everything. Of course, this means it was riddled with rookie mistakes. 10 years later, 2017, the decision was made to go back into the original mixes as a little experiment to attempt a remix and to fix the issues, and now we've attained a sound that closely captures what should have been and what was missing from the original, the strong fierce angry attitude. Hope you enjoy this as much as I have.

Shut Up & Re-Kill Yourself: Produced, Engineered & Mixed by EC5³M. Recorded at BD-R Studios. Mastered by Mike Usifer at Beacon Soundworks.

Shut Up & Re-Kill Yourself Cover artwork by Jorie Briss. www.JorieBrissArt.com